To change this behavior I needed to make 2 changes. 1/ deploy Xwiki as ROOT in tomcat and 2/ tell Xwiki that the URL and web app doesn’t contain the /xwiki/ application.

To deploy the application as root within tomcat, I deleted tomcat/webapps/ROOT directory. I then renamed the extracted xwiki folder to ROOT and renamed the war file xwiki.war to ROOT.war.

To update xwiki I modified the xwiki.cfg file. The file is now located in tomcat/webapps/ROOT/WEB-INF directory. There were 2 variables that needed to be uncommented and updated as follows:

After that is was simply a matter of restarting tomcat with a systemctl restart tomcat.

The annual Petersen pumpkin carving contest was again a complete success.  We had four entries this year.  Mom was supposed to be an impartial judge, so of course she declared everyone a winner. SMH. 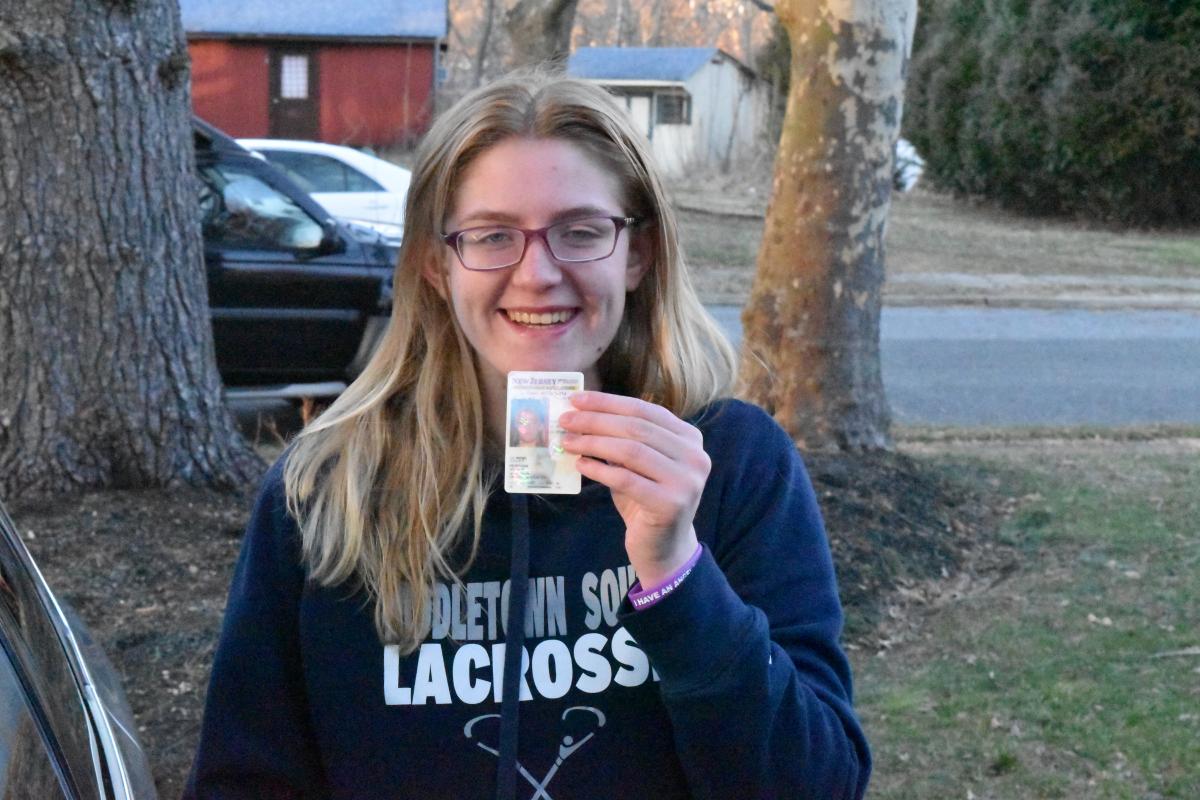 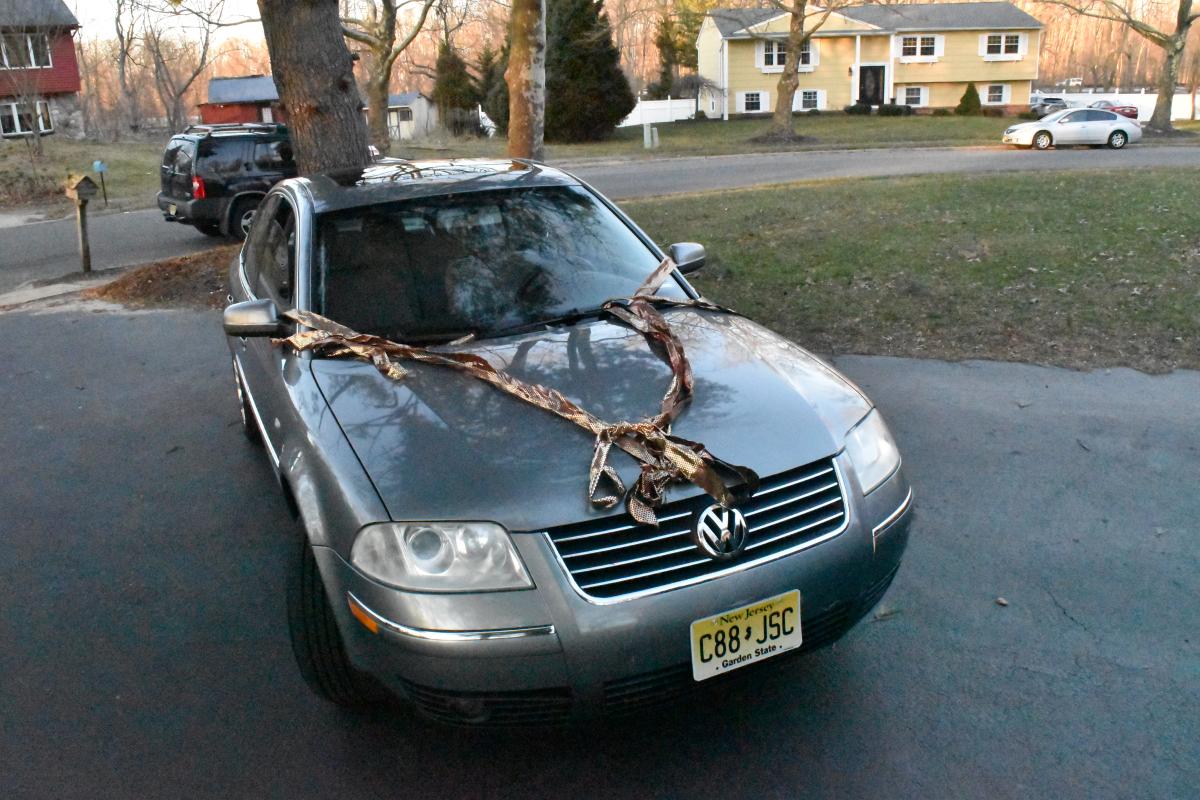 Mom decided to break in her new kitchen with Stromboli night!

This was a truly unbelievable event in our household.

In the old kitchen layout only 1, maybe 2 people could work in the space at a time.  There was very limited counter space and no matter how careful, you were always bumping into the other person.  With the new kitchen layout we had 5 people all doing something!

On top of that, Mom allowed the kids to throw flour all over the granite counter-tops so we could roll out the dough for our Stromboli’s.  Each of us made up our own personalized Stromboli with whatever we wanted as a filler. 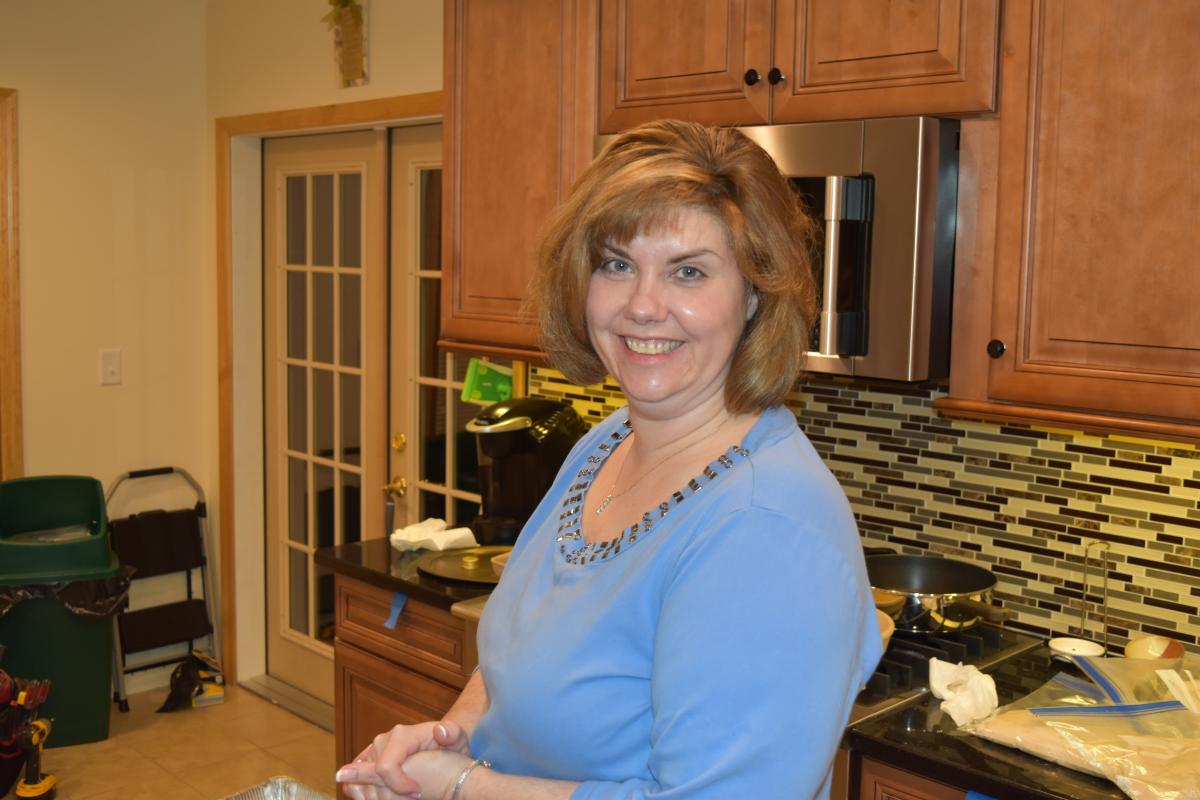 Through it all Mom kept a smile on her face.  Flour was all over the counter-tops, some of the flour and fixings spilled on to the floor, the sink was full of dishes.  Yet she smiled.

Seriously, I was starting to think the pod people replaced my wife!

At the end, the Stromboli’s came out perfect! 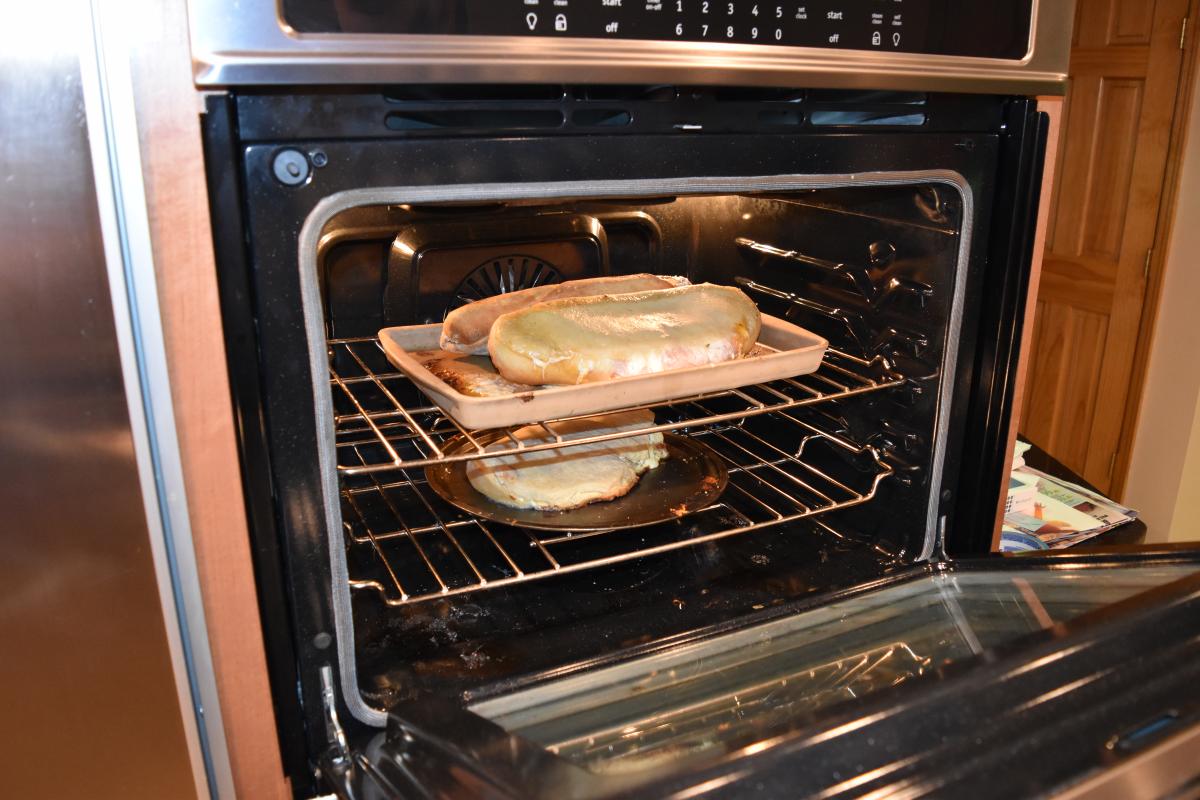 One of my boxes got hacked.  Ugh.  Fortunately it was a jump server that had no data.

I have 2 servers exposed to the Internet, a jump server and a reverse proxy.  The reverse proxy provides access to the web applications that I run.  The jump server I use for SSH access into my network from remote locations.

They never got full root access to the box, they didn’t modify the firewall configs and no additional processes were spawned.  What they did do was mess up the logging facility.

After rebuilding the box from scratch I’ve made authentication to be public key only.  I’m thinking of implementing a port knocking feature so that the pot does show up on a port scan.

So what do 2 bored engineering students do to fill up their time on summer break? 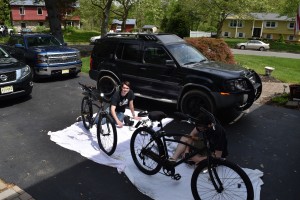 In May MJ and Greg bought 2 Schwin bicycles and modified them to fit a 50cc 2-stroke engine onto the frame.  I was thankful to see that they bought new bicycles for this little project and not modify their existing bikes. 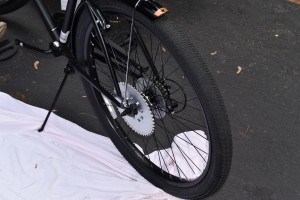 They spent about 4 hours on each bike installing the engine, sprocket, gas tank and controls.  The rear wheel sprocket and engine sprocket were a bit of a pain to line up.  They also had to fiddle with the brake controls so the clutch control worked. 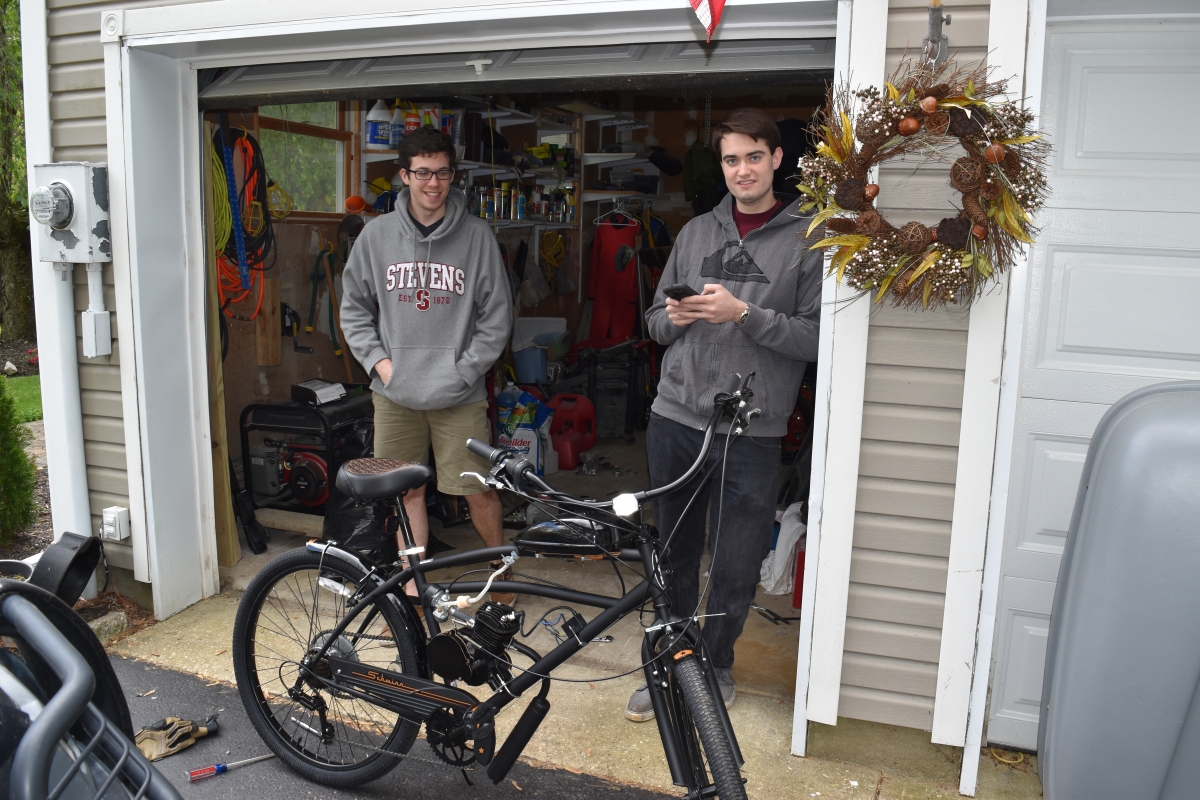 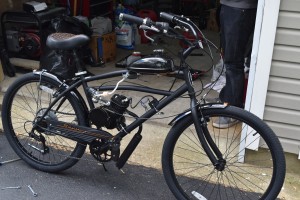 The engines need to be pop started by pedalling the bikes and slowly releasing the clutch.   After assembling the bikes, it took another 2 hours to tune the carbs and get everything working smoothly. 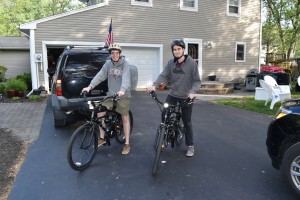 MJ completed his Eagle Scout project this past weekend. His project was to rebuild 250 feet of fence at the Lincroft Little League field. The old fence had a single horizontal rail and a top rail made of 2×4. Kids were constantly climbing under or over the fence.  People would get splinters from the old wood.  Plus there were several 4×4 posts that needed to be replaced.
With the rebuild, MJ designed three horizontal rails plus a top rail made of Trex, as you can see in the photo.  The project took two days and involved 155 man hours of labor.  Scouts and friends did most of the labor. 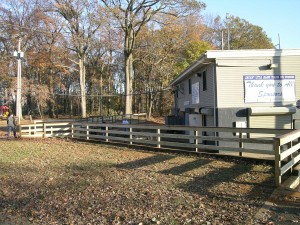 A special thank you to David Seibel for sponsoring the project with the Lincroft Little League and working with MJ through the project.

One of the running discussions I have with my friend Mark is about the unemployment numbers and why they don’t reflect what we see with other friends and co-workers. We both know of quite a few people who have stopped looking for work or who have taken part-time jobs to make ends meet. Both of these groups of people are not counted in the unemployment number, however the effect of thier actions does reflect on the actual health of the economy. This running conversation has been going on for years.

The US Bureau of Labor Statistics actually tracks 6 measures of unemployment. Three of those measure jumped out at me and literally made me think “Here’s the real story….”. The three measures that painted the picture are the U-1, U-3 and U-6.

The average unemployment figure (U-3) for 2011 was 8.9%.  5.3% of the umemployed people could expect to remain unemployed for 4 months or longer (U-1).  And in 2011 15.9% of the US workforce was effected by unemployment is some manner (U-6). Yes. Antidotally, this is what I believe the average American is experiencing in the labor market.

What are these measures:

Go to the BLS web site to read the definitions yourself.

U-3 is what’s reported in the news everyday. It is the baseline off of which you can ccompare the other two measurements.

There are quite a few guys I know who have been unemployed for months. Thier unemployment has run out. The U-1 measure speaks to these people who have been out for a long time.

The unemployment averages for 2011:

The current unemployment figures for March 2012:

It has been awhile since I could honestly say that something our government is doing has impressed me. I am impressed with the statistics the US Bureau of Labor is providing. These statistics actually parallel what myself and friends perceive to be occuring in the job market.

I’ve finally decided to take the plunge and host my blog elsewhere.  No longer is it on a server in my basement.  I’ve moved the site to a virtual server at Mocha Hosting. The cost alone of running the server 7×24 is about $100 per month in electric.  Where as at Mocha I’m getting a virtual Linux box with unlimited disk space and unlimited bandwidth for $4 per month.

With the move, I also had to change my domain name.  The .ws top level domain sites are a real pain to transfer.  There are alot of articles telling people that the  TLD .ws stands for “website” however it really is for the country Somoa.  As such, the registry for the .ws domains is not consistently managed.  For the my new domain, I’ve registered “thepetersen.us” domain name.  I’ll have the petersens.ws domain until June 2011.

Now that I’ve been using the Droid for a week, an update is in order.  My love affair with this device is still strong as ever.  I’ve got my contacts fully organized, loaded a few GB’s worth of music and found a few apps that are really great.

I’ve been some what surprised by the battery life.  Especially after hearing about the iPhone 3G’s dismal battery performance.  If I use the Droid as a mini-PC, entering contact data, heavily browsing the web, loading and running a lot of different applications, the battery lasts me about a 24-hour day.  The screen depletes the battery faster than anything else that I do.  In a typical day where I use the phone for about an hour, the music player for 3 hours and perform a few searches with the browser, the battery life would last me about 2 days before needing a recharge.

I found the easiest way to load music onto the device is to plug it into the USB port and mount the device as a drive on my PC.  The SD card is fully accessible as a mounted device.  The one snafu I found is that earlier versions of the Droid had thier music directory on the root of the SD card.  The current verision expects the music directory to be in the \DCIM directory.  The snafu is not with the Droid device itself, but with all the personal websites that exist that provide directions.  Once I had the correct directory it was an easy process to drag-n-drop the music files.  The music application itself takes a few minutes to index the first time you run the application after every time new music is loaded.  I noticed when music is added I have to be patient and give the software a minute or two before I look for the new titles.

The one application that is a must load for everyone is aptly titled “Where”.  This app allows you to search for just about anything based on where you’re currently located.  It will pull up news, weather and even gas prices in proximity to you.  I’m heading to Chicago tomorrow and am looking forward to a real world opportunity to try out the application.

The one draw back to the device is the quality of the speaker during cell phone usage.  The speaker is on par with the everyday cell phone, but is no where near the quality you get with the bluetooth headset.  In hands free mode the speaker is serviceable.  But overall quality is worse than when used as a traditional phone brought up to your ear.  99% of the time I use a bluetooth headset, so this isn’t really an issue for me.