On Thursday, March 26th, the 1.5Tb hard drive in my primary development box bit the dust.  Based on the diagnostics and sounds emanating from the drive, I believe I had a head crash. My first thought was “Oh no, when was the last time I backed up the data”. After a mad scramble I realized I could recover everything up to a point 2 weeks prior to the crash. Not bad. Could have been much worse.

My second thought was “Ok now what do I do with the machine?”. The machine is a few years old, but still has a lot of life left in it. It has an AMD 6-way processor with 16Gb of ram. I have been toying with the idea of using a SSD drive to speed up the machine. Just could never bring myself to take the plunge and rebuild the box from scratch.

I decided to purchase a 256Gb Sandisk SSD drive and a traditional 3Tb Seagate Hard Drive.

On my dev box I like to run Linux. Usually its one of the Fedora versions. Rebuilding the box, I decided to go with Centos 7.0 distro. The production websites that I have running are all on Centos 6.5 and it was time to start solifying on a common distro.

After researching the best partitioning method for SSD drives, I ended up putting the “/” and “/boot” partitions on the SSD. The “/swap” and “/home” partitions went on the Seagate drive.

Obviously I don’t have a way to benchmark the performance improvements with this set-up, however anecdotally, I do notice applications are very quick to start up and respond. Interestingly when I retrieve data from the network, there is very noticeable delay in getting the data. That is with a 1gb nic. With the old setup I couldn’t really differentiate between the application start up delays and the network delays.

Overall I very happy with the end result. If you have a box that is “mid-life”, installing a SSD drive can definitely improve the performance. Also this has reinforced the requirement to backup regularly.

I wanted the old remote to work with the new box so I have a fair chance of finding a remote in the house when I wanted to watch the TV.  It was easy to find instructions to program the remote to work with the TV and Stereo.  It was a bit more difficult to find out how to change the cable box.  The key was to unlock the remote.  After the remote was unlocked it was just a matter of finding the right 5-digit code.

I’ve documented the steps and codes below to hopefully help someone else with a similar issue as well as document the steps for my future use.

To unlock / lock the remote:

To Program the Silver Remote to work with Cisco RNG cable Box: 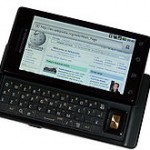 After 5 years using a LG flip cell phone, I’ve upgrade to the Droid.  The LG phone has been great and has done well by me, but it was really way overdue to upgrade to the 21st century.

Here’s my review of the phone on the first real day of usage.

Activating the phone you need a Gmail account.  At first I was scratching my head to understand why a Gmail account is needed just to activate the phone.  After a second the light bulb went on, hey this is using Android, the Google OS. So it just makes sense that Google would want to drive usage back to their applications.  The reason they gave at the store is the Gmail account unlocks some features.  Outside of being able to view the email in my new Gmail account, I haven’t found anything that really ties back to Google.

The touch screen took about an hour to get comfortable with the feel and how much pressure to use.  It is fun to use the flick feature to quickly scroll through lists.  (Its the simple things that I like!)

The keypad is totally flat.  Like the touch screen is takes some time to get used to the feel.  I’ve been on the phone for a few hours and it’s getting more comfortable to type.  I’ve heard from a few women that their nails give them trouble with the keypad.

Configuring my Comcast email addresses were a snap.  I entered the email address and password.  The phone figured out all the server and port settings.  By default the phone will ring every time an email arrives to notify you.  Through the night we would hear the phone ring out the default metallic sounding “Droid”.  First thing this morning I reconfigured the phone to vibrate for inbound emails.

Configuring the Facebook application was interesting.  After I configured the application and logged in, I was able to select whether or not I wanted to sync my local contacts with my friends in Facebook.  I choose to sync and only show the contacts who had phone numbers.  Its quick and easy to change the display to show all my friends in the contacts.  Now if only I can get my Facebook friends to add their phone numbers to their profiles.  It would eliminate the need for me to add phone numbers.

Over the course of this weekend, I’ll finish setting up my contacts and entering phone numbers.  I purposely didn’t want to port my contacts over from my old phone.  There are a lot of numbers that are no longer valid and the organization of the contacts needs to be redone.  I’m more than happy to enter the numbers manually and start fresh.

Call quality of the phone is good.  I notice a very slight hollow echo, but it is not annoying at all.  I haven’t had enough calls from different locations to determine if it is due to the phone or the connection I’m getting. Comparing the quality to my old cell phone, the Droid is way above that phone.  The call quality is comparable to the Blackberry.  You can mark certain contacts to be part of your favorites list by highlighting the “star” for that contact.  If you have a large contact list, this is a must use feature.  The phone app also tracks your frequently called numbers making callbacks a snap.

Battery life is another feature that I will be keeping a close eye on over the next few days.  I have heard from a few people that they easily get a full day plus on a single charge.  If the phone is not being heavily used, the charge can last an entire weekend.  This is a lot better than the 6 hours of battery life you get with heavy usage on the iPhone.

I’m very happy to have waited in replacing the old phone.  The Android operating system is going to give Apple a run for it’s money.  The one feature I have yet to test is the music playback.   Also I will be looking into the Droid Apps to see what is interesting.