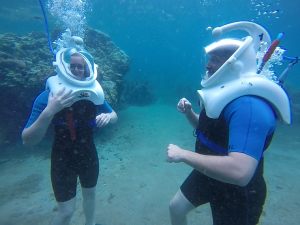 Tuesday, July 7th, Jill and I took a  Sea Trek Adventure.  Originally I was calling it SNUBA, but after getting home I found out that Sea Trek and SNUBA are different.  Both are surface supplied air with an avg depth of 15′.  But SNUBA is more free swimming where Sea Trek is all contained in a helmet and you walk on the bottom. 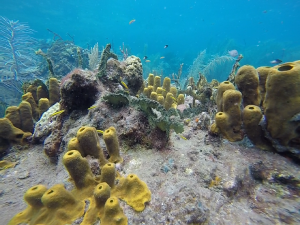 We were in the water for about 30 minutes.  There was some coral and a lot of sponges.  I always like diving with tropical fish.   I love the variety of fish on the reefs. You need to be attentive and look in the crevasses. The fish tend to seek protection and don’t always swim in the open. We even got to see a couple of seahorses. 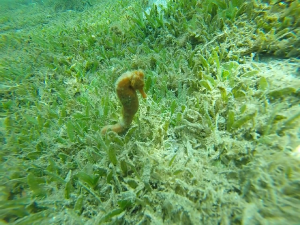 Being Jill’s first time underwater, it was exciting to she her reactions.  The first half of the dive, I don’t think she much of the reef or fish.  She was enjoying the novelty of being underwater and being able to breathe.  During the second half of the dive Jill started to look around. 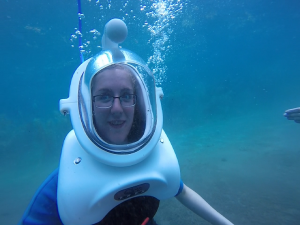 On the dive I did bring my new GoPro, however I screwed up the case and the camera got flooded.  Fortunately the divemaster also had a GoPro we were got some video of us under water. The pictures above were individual frames taken from the video that we did get.  At some point I’ll put together a short video clip of it and post it.